Hovering at the Dessert Table: How a Chubby Child Eats Dessert

I was at a party last weekend that featured a gigantic dessert table. Huge. Cakes, cookies, pies, brownies, bars--you name it, it was there. There was another table filled with the meal items--sandwiches, meats, veggies, fruits and salads, but this dessert table rivaled the size and girth of the meal table. I was filling up some trays with cake on the dessert table and watching people come and go to this table and watching what they chose and what interested them. And then, I noticed him--chubby, about 10 years old and deliberating excessively at each end of the table. He didn't just come in and make a choice and leave, he stood and pondered his options. Not like he was savoring the food, enjoying the display, or even trying to make a careful decision, but more like he wanted to eat nearly everything on the table but he knew he couldn't and he had to make the very painful decision not of what to eat but what NOT to eat. Let's call him David. I saw David come back to the table two or three times, every time to pile his plate with more desserts and then go off to inhale them as quickly as he could to come back for more.

David is not alone. I was at a very similar function just two weeks before, again plating food and filling up buffet tables for guests, when a family arrived. They had a few kids and those kids were hungry. And they hovered relentlessly at the buffet. It was that point of the party where we were running out of food and unsure of how many more people would be attending so we were being judicious about what we set out. These children came and PILED their plates full of food. Literally. I shrugged my shoulders. Oh, well, they were hungry and now they had food. It was fine. Except that was not the end. Soon, each of one of them was back with empty plates and even bigger eyes as they piled on another plate. Then another. And one went for a fourth. I am not sure I had anyone, adult or child, eat as much as each of those three children ate in the span of 20 minutes. It was alarming.

I read a favorite author once who said she learned so much about each of her children by watching how they ate cake. Did they eat the cake and scrape off the frosting? Did they eat the frosting first and leave the cake? Or did they consume it all and go for seconds? I found that observation fascinating. How does a child eat cake?

I can tell you how I ate cake. Frosting first and go for seconds. I am aware of the Davids in the world because I was him. Lingering at the dessert table, hungry for everything, knowing I couldn't have it all but wishing I could and trying desperately to figure out what I could get away with. I didn't have the chutzpah of those three children at the earlier party--I had a mother who would have intervened, if not for my health, at least for the social awareness of others who were eating also.
But that is what chubby kids do and chubby adults too. We feel driven to eat, at least I do. And in the fevered pitch of my food addiction it seems there is not enough time for me to consume all the foods I ever want to consume. I dither when at a gigantic dessert table. What can I get away with eating? How much is too much? What can I go back and get for seconds? It is why secret eating is so alluring to us as food addicts--no one to judge the copious amount of food we can ingest.

Kids do not have the luxury of eating in secret as much as adults who have money and transportation so when presented with a plethora of options at a party like this, you will see them hovering at the table, unable to forgo even one delightful morsel. I do not see this as character failing but as a sign that their little bodies are already well into insulin resistance and they are being driven by hunger and need to consume. As I figure out how to help myself through food addiction, I want to help all the children who hover at dessert tables driven by a hunger that at times seems insatiable. 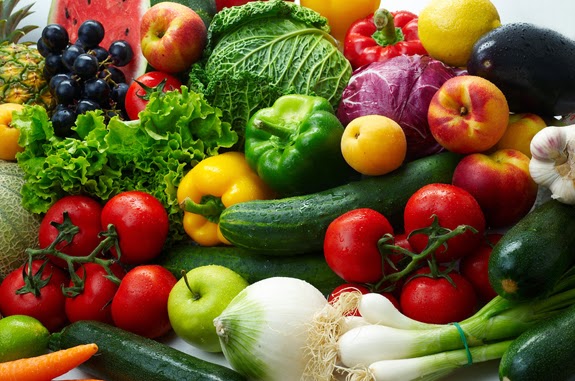 9 Cups of Veggies a Day