What Do You Eat?

The basics of the Paleo diet include: eat meat and veggies, good fats and some fruits. You don't consume legumes, white potatoes, grains, sugars and little to no dairy. Your reaction may have been like mine: "What! No bread? Why? Who would want to live in a world without bread? Or cereal? Or crackers? Or cakes and cupcakes? And brownies??" The interesting thing about all of those foods is that they either contain insulin-spiking sugar or refined grains that are synonymous with sugar in our bodies. It really isn't the legumes, the potatoes (okay, maybe French fries for some of you) or even the limited dairy that bothers most people. It really is the grains and sugar--Paleo hits your in your sweet spot.

And what is it about grains that we would miss so much? Convenience and familiarity. What do I eat if I don't eat bread? What would I eat in a restaurant? At a social gathering? At home? What would I do if I couldn't consume my favorite bowl of cereal every day? Or make cookies for the kids? Or make some toast? You see this happen to people diagnosed with a gluten or wheat intolerance--the absolute panic when faced with the reality that their illness has cut out many of their favorite foods. You see gluten-free folk scrambling for their alternate flours and their gluten-free breads, cookies and crackers. I did it too. I will be forever thankful for Nut Thins and Pamela's Simplebites Mini Cookies. They both made me feel like normal and became the new staples in my pantry.

When I gave up gluten, I moaned and wailed and had a farewell tour of my favorite foods. Then I went gluten-free and felt so virtuous and lovely after a few months that I fell right off the wagon and back into it. That began a cycle of starting and stopping and starting and stopping. I thought I was just a colossal failure. What I didn't realize until later was that each attempt to live gluten-free helped me face one more challenge and one difficulty with that transition. I had a wheat intolerance--not celiac disease--which meant I didn't feel awful immediately after eating wheat--I felt awful a week later. Talk about delayed gratification. It also meant that when I went off gluten, it took me a few days to weeks to really start to feel better.

When I was introduced to Paleo it was a whole new ballgame. I thought I had been doing so well just with no gluten. Now in one fell swoop I had to give up all grains and sugar? I figured these people were crazy. They were taking away my favorite things! This couldn't be right. What do you eat when you don't eat treats and bread?

And my friends, that food is gooooood. 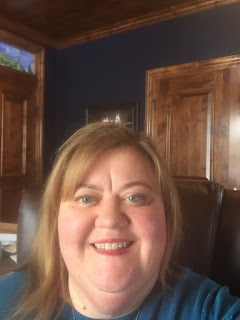